Where is the documentation for Media Composer 2019 releases?

Fixed in Media Composer v2019.7 The following have been fixed:

➤ Bug Number: MCCET-3110. When in Text View, you no longer have the option in the Bin Window to lock columns during scrolling left and right.
➤ Bug Number: MCDEV-11430. Media Tool ignores the “Current project” filtering option and lists media files that are not associated with the current project.
➤ Bug Number: . If you launch a project and receive an “Enable 3rd Party Emulation” warning, even if you select Enable in the warning dialog, you should also perform the following: Select File > Settings and click the Project tab. Click General Settings and select “Enable Bin Sharing on 3rd party storage emulating Avid NEXIS/ISIS.”
➤ Bug Number: MCDEV-11197. In some instances, the Interleave option might not appear in the Export As dialog box. If you are performing an Export using the Avid Media Processor, the Interleave option should appear when you choose Stereo, 5:1, or 7.1 Audio. Workaround: If it does not appear, briefly toggle back to the Mono setting, then toggle to Stereo Mix once again. Doing so should reveal the Interleave option.
➤ Bug Number: MCDEV-8641. (AMD Graphics). Systems with AMD graphics cards might display tearing when performing Full Screen playback.
➤ Bug Number: MCDEV-9460. Windows 7 systems with Nvidia Maxwell or Nvidia Pascal cards might experience playback issues that could result in “Play Consumer timeout” errors. Workaround: Select “Disable GPU Effects” in the Render Settings dialog box.
➤ Bug Number: MCDEV-9269. (Media Composer | Cloud) After performing a remote download operation on a sequence containing AVC-I 100 remote media, the downloaded media appears as XAVC-I 100. Workaround: Download the entire master clips.
➤ Bug Number: (Mac). You may occasionally see the menu bar flash followed by a brief beach ball. To fix this, deactivate “Displays have separate spaces” under System Preferences > Mission Control settings.
➤ Bug Number: MCDEV-9011. Intermittently, when working with the XDCAM Nablet Plug-in, you might see “Failed to get the sample position from the AMA Plug-in” errors if you have waveforms enabled in the Timeline.
➤ Bug Number: COGS-2560. While working in the Script Window, text operations (cut/copy/paste/delete/editing) can only be done in edit mode. See “Editing a Script” in the Help.
➤ Bug Number: MCDEV-5650. When working with Panasonic LongG media, you might receive an “SFPlayConsumer Timeout” error if audio waveforms are enabled. Workaround: Turn off audio waveforms.
➤ Bug Number: MCDEV-5385. MultiCam editing with Panasonic LongG media is not supported with this release.

Offline
lolomre сказал(а):
patch please
Нажмите, чтобы раскрыть...
He is not in the Internet
L

Offline
you can make a new avid reset 3.0? 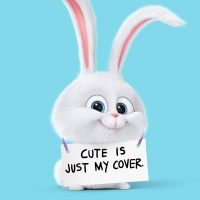 Offline
i have a doubt?
i have a dongle avid v6 waiting for reprogramer for one person and use avid media composer 2019 with license active..... the options PhraseFind Option, ScriptSync Option, Symphony Option y NewsCutter Option .........TOO Will they be activated as well?
L

Offline
lolomre сказал(а):
THIS VERSION AVID MEDIA COMPOSER 2019.7 IS VERSION ULTIMATE?
Нажмите, чтобы раскрыть...
in 2019.7 there are a lot of flaws
L

Offline
What media version composer ultimate STABLE do you recommend

Offline
lolomre сказал(а):
i have a doubt?
i have a dongle avid v6 waiting for reprogramer for one person and use avid media composer 2019 with license active..... the options PhraseFind Option, ScriptSync Option, Symphony Option y NewsCutter Option .........TOO Will they be activated as well?
Нажмите, чтобы раскрыть...
if the dongle was a media composer without symphony support then it will not work.

Offline
THE DONGLE ONLY WORK WITH ONE VERSION? or NOT

Offline
lolomre сказал(а):
THE DONGLE ONLY WORK WITH ONE VERSION? or NOT
Нажмите, чтобы раскрыть...
The Dongle works with this version for which it has been updated and all versions below this version.
L

Offline
thanks you sergej
L